Melon Melon Forest Rangers, an animated short created by Polygon Pictures and based on the picture books by P.P. Pudding, has been picked up by the CBBC, a child-centric website operated by the BBC. The site serves as a testing ground for new content, and popular programming may be turned into a full-fledged television series. Unfortunately, videos on the site can only be viewed from the United Kingdom. Our show has achieved a 4-star rating and is climbing the popularity ladder. If you're a resident of the United Kingdom, we're counting on your votes! 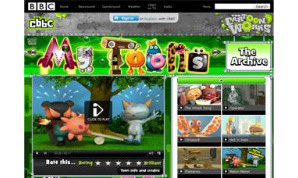