Polygon Pictures ("PPI," President and CEO: Shuzo Shiota, Head Office: Tokyo, Japan) is proud to announce that Levius, an animated series with animation produced by our studio, will begin streaming worldwide on Netflix on Thursday, November 28, 2019.

A new visual and trailer have also been revealed with this announcement.
This image shows the protagonist, Levius (voiced by Nobunaga Shimazaki), surrounded by Zack (Junichi Suwabe), Bill (Takahiro Sakurai), and Natalia (Ayane Sakura), among other characters from the series.

Also, the theme song will be performed by Nazome (Warner Music Japan), making their debut with this series. A part of the theme song, wit and love, can be heard in the trailer.

The comic series Levius, by Haruhisa Nakata, showcases the subtle emotions of a troubled youth alongside action scenes fusing man and machine with exquisitely detailed illustrations; now brought to life in an anime adaptation from the main staff of Ajin:Demi-Human.

Be sure to check out the intense "metal boxing" fight scenes, created with the latest in 3D CG technology! 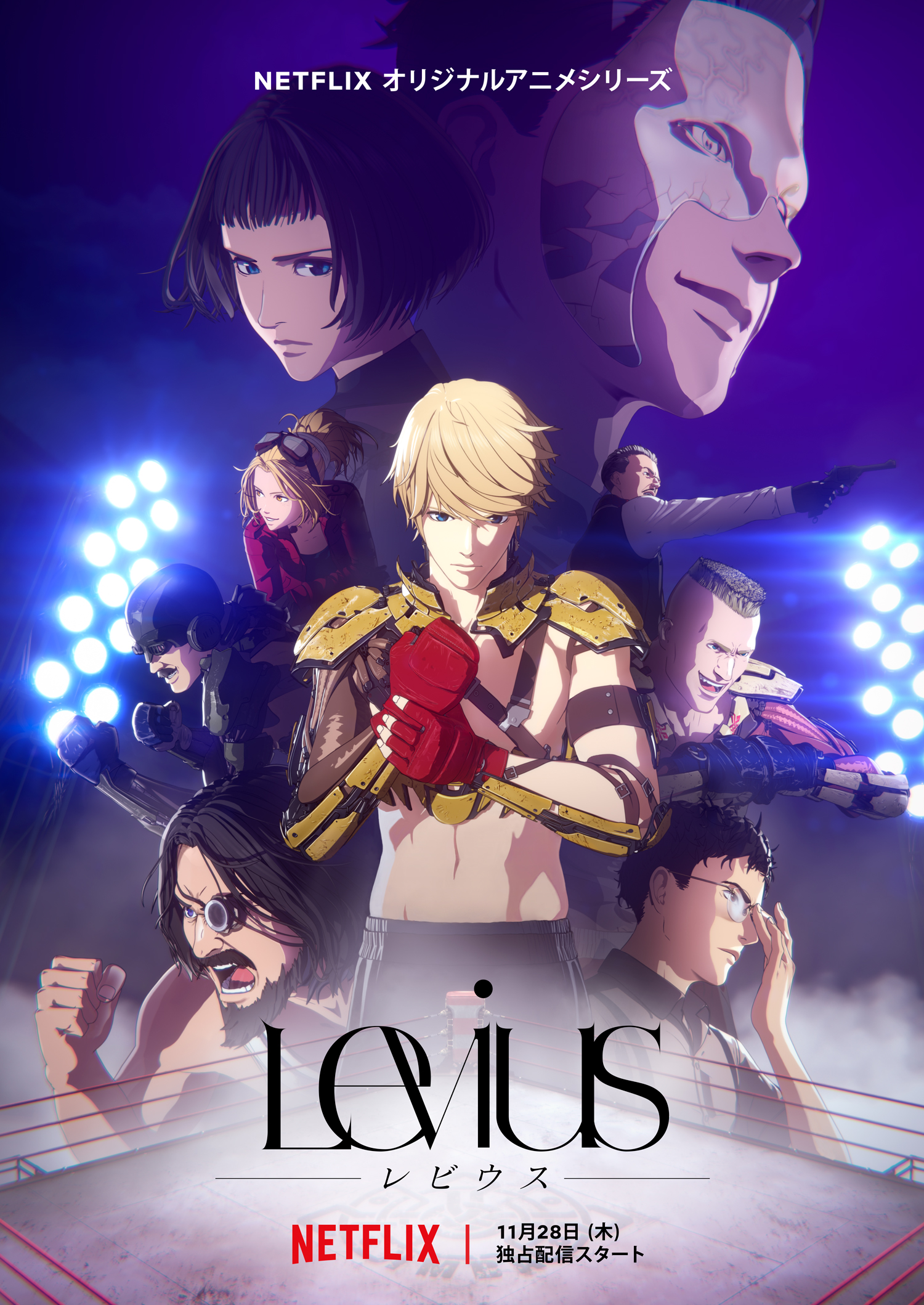 The awaited anime adaptation of the manga Levius (Haruhisa Nakata, Shueisha Young Jump Comics Ultra), formatted with a global audience in mind. It follows the blossoming talent of Levius - a young man whose arm has been replaced with a mechanical prosthesis, thrown into the world of "metal boxing", a violent and exciting combat sport fusing man and machine. A new, cutting-edge visual style of anime depicting Levius' struggle against his opponents as well as his own mysterious past, felt in the weight of machinery and the subtlety of human emotions.