TV Animation Series Knights of Sidonia
Broadcast will begin on MBS, TBS, CBC and BS-TBS!
A sneak preview event will be held as well!

Also, a “Premiere Screening” event, with a sneak preview of episodes 1 and 2, as well as a panel discussion featuring members of the cast will be held in March! At this special event, the full scope of the series will be revealed. We hope that many fans will join us to see the stunning animation on the big screen, with full 5.1 surround sound.
Also, on the official website (www.knightsofsidonia.com) along with the main visuals from the 3rd promotional trailer, the introduction of episode 1 has been released. We are excited to present an early look at the anime Knights of Sidonia.

Broadcast will being on MBS (Mainichi Broadcast System), CBC (Chubu Nippon Broadcasting) and the Animeism block on BS-TBS from April. 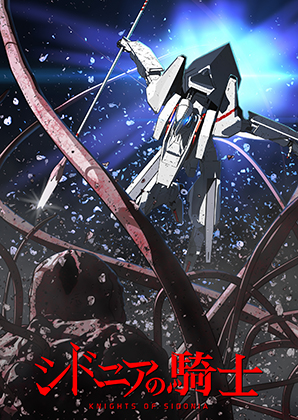 A story in the classic robot manga style, written by Tsutomu Nihei, and published in Kodansha’s Afternoon magazine. Ten volumes of the comic have been published in book form.

Polygon Pictures comprises one of the companies under the umbrella of Amana Holdings Inc. (President and Representative Director: Hironobu Shindo, Head Office: Tokyo, Japan, Securities Code: TSE Mothers 2402). Our main business focus is on providing creative, entertaining visual content services. Since its founding in July 1983, PPI's mission has been to "do what no other has done, in unparalleled quality, for all the world to see and enjoy." Our production studio brings together over 300 creators from around the world, who devote their days to producing cutting-edge digital content. In addition to long-form, fully CG television series such as Transformers Prime (39th annual Daytime Emmy Award winner), Tron: Uprising (40th annual Annie Award winner), and Star Wars: The Clone Wars (40th annual Daytime Emmy Award winner), PPI creates digital animation for films, video games, exhibitions, websites and smartphones. In 2013 we established a joint company, " Silver Ant PPI Sdn. Bhd."To increase our production ability we are also upgrading and expanding our licensing business.
By fusing our unrivalled production know-how and technical development capacity with the internationally recognized quality of Japanese animation, PPI aims to become a leading company in the content business.
For more information, visit our website at http://www.ppi.co.jp.