Broadcast of animated TV series Knights of Sidonia to begin soon,
and additional cast and crew announced!
Also details of Blu-Ray special edition to go on sale in May!

Knights of Sidonia Blu-Ray/DVDs will also be released each month from May onward! In addition to being able to enjoy powerful 5.1ch surround sound on the Blu-Ray edition, the first volume will also come with the exclusive 20-page comic Knights of Sidonia: Tales from the Eve of the 4th Gauna Defensive by original manga creator Tsutomu Nihei. On top of this, each Blu-Ray volume will feature a "new angles version" as a special feature, made possible by the series' digital animation. Under the supervision of the series' Executive Producer and CG Supervisor, this will feature a number of different perspectives as well as unedited scenes from the TV broadcast version. Focused on the series' elements of visceral violence and eroticism, each volume is planned to contain over 20 shots worth of new footage.

With the collaboration of such an impressive cast and crew, Knights of Sidonia is an animated series you won't want to miss!

About Knights of Sidonia
This popular mecha sci-fi manga by Tsutomu Nihei is currently serialized in Kodansha's monthly magazine Afternoon. Twelve volumes of the comic have been published in book form.
Story: It's been a thousand years since the Gauna, a strange alien race with no known method of communication, destroyed the solar system. A portion of humanity managed to escape using enormous "seed ships" like the Sidonia, which have allowed them to maintain the population as the ships drift through space. Nagate Tanikaze is a young man who has been raised deep in the bowels of the ship. When he goes into training to pilot the huge robotic weapons known as Gardes, Nagate is entrusted with piloting the legendary unit known as Tsugumori. Nagate and his fellow pilots put their lives on the line against the Gauna, in the
ultimate battle for the survival of humanity! 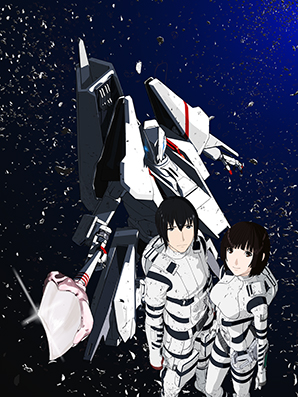 Polygon Pictures comprises one of companies under the umbrella of Amana Holdings Inc. (President and Representative Director: Hironobu Shindo, Head Office: Tokyo, Japan, Securities Code: TSE Mothers 2402). Our main business focus is on providing creative, entertaining visual content services.
Since its founding in July 1983, PPI's mission has been to "do what no other has done, in unparalleled quality, for all the world to see and enjoy." Including our joint-venture studio Silver Ant PPI Sdn. Bhd., we have now brought together over 400 creators from around the world. In addition to creating digital animation for films, games, exhibitions and various other media, we have also been involved in the production of TV series Transformers Prime, Star Wars: The Clone Wars (both Daytime Emmy award winners), and Tron: Uprising (Annie award winner). In 2014, with Knights of Sidonia (Director: Shizuno Kobun) and Ronia, the Robber's Daughter (Director: Goro Miyazaki) our production of domestic TV animation has begun in earnest as well.
By fusing our unrivalled production know-how and technical development capacity with the internationally recognized quality of Japanese animation, PPI aims to become a leading company in the content business.
For more information, visit our website at http://www.ppi.co.jp.