Polygon Pictures ("PPI," President and CEO: Shuzo Shiota, Head Office: Tokyo, Japan) is proud to announce our involvement in the production of the newest animated series in the long-running Transformers franchise, Transformers: Robots in Disguise. Our studio will be creating animation for the new series, which carries on from the Emmy award-winning and internationally recognized Transformers Prime, now featuring a new visual style which fuses the strengths of both 3D CG and hand-drawn animation.

About this new series, Hasbro’s Chief Content Officer Stephen Davis commented, "We have spent a lot of time listening to what kids like about Transformers and they haven't been shy about giving us their opinions. And we have listened! TRANSFORMERS: Robots in Disguise is reflective of all that we have learned in our conversations with kids. It has the most relatable Autobot and Decepticon characters we have ever 'Rolled Out' in a Transformers animated series!"

Featuring Bumblebee as the leader of a new team of young Autobots chasing down the most evil Decepticon villains scattered across Earth, this new series is packed with action and humor!

About Transformers: Robots in Disguise

In the years after we left the Autobots in the previous series Transformers Prime, TRANSFORMERS: ROBOTS IN DISGUISE begins with Bumblebee as he steps up to be a leader and assembles a rogue team of young Autobots; the cool rebel Sideswipe, elite guard cadet Strongarm, bombastic dinobot Grimlock and excitable mini-con Fixit. A long-awaited new adventure finally begins! The series is currently planned to be broadcast globally this spring. " 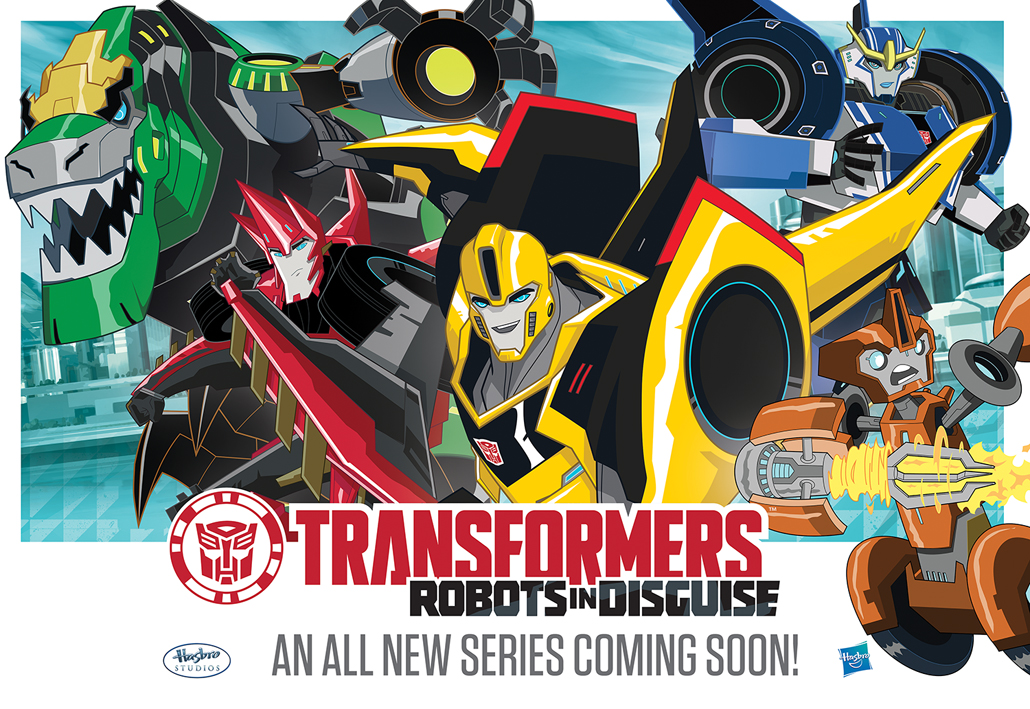