Polygon Pictures Inc. ("PPI," President and CEO: Shuzo Shiota, Head Office: Minato-ku, Tokyo) is proud to announce that our film "Muybridge's Strings" has been nominated in the Short Film Competition at the 36th Hong Kong International Film Festival, and will be screened as part of the festival's "Animation Unlimited" program. The animated short film was directed by Koji Yamamura and produced in collaboration with National Film Board of Canada and NHK.

"Muybridge's Strings" has received critical acclaim both in Japan and abroad, including winning the Excellence Award in the Animation Division at the 15th Japan Media Arts Festival. The film was also nominated for Best Animated Short at the Genie Awards, the Canadian film industry's most influential honor (awards will be presented on March 8, 2012).

Of Asia's many film festivals, the Hong Kong International Film Festival is one of the most highly respected, capturing the attention of moviemakers and industry professionals all over the world. In addition to the international film festival, the organization also hosts various other film-related events throughout the year.
Official site: http://www.hkiff.org.hk/eng/main.html
Location: Hong Kong, China
Dates: March 21 - April 5, 2012
*Award-winning works will be announced during the festival period. 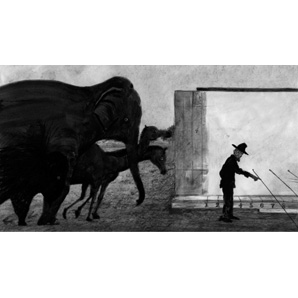 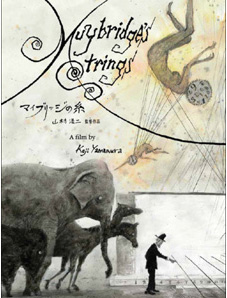 Koji Yamamura was born in 1964and is a graduate of Tokyo Zokei University.His 2002 film "Atama Yama (Mt. Head)" was awarded six grands prix at major international animation festivals including Annecy and Zagreb, and was nominated for the 75th Academy Awards.In 2010, Yamamura traveled to Canada as a cultural ambassadorand he is also active as an illustrator and as a creator of picture books.He is currently a professor of animation at the Tokyo University of the Arts, Graduate School of Film and New Media.