"Transformers Prime," an animated series with CG by Polygon Pictures
Nominated in 5 categories at the 39th Annual Daytime Emmy Awards!!

Polygon Pictures ("PPI," President and CEO: Shuzo Shiota, Head Office: Minato-ku, Tokyo) is proud to announce that "Transformers Prime," a TV series in full 3D CG with animation produced by PPI, has been nominated for the 39th Annual Daytime Emmy Awards. The show is being honored in a total of 5 categories, including Outstanding Special Class Animated Program and Outstanding Directing in an Animated Program.

Since its debut, "Transformers Prime" has received critical acclaim both at home and around the world. This marks the second consecutive year that the series has received one of the prestigious Emmy nominations.
The 39th Daytime Emmy Awards ceremony will be held on Sunday, June 17, 2012.

The Emmy Awards are presented annually by the National Academy of Television Arts & Sciences. Designed to recognize outstanding achievement in television, the award constitutes one of the industry's highest honors. Emmys are distributed in a variety of categories, including special Daytime Emmy awards for programs that are broadcast outside of the evening primetime hours.
Official site: http://www.emmyonline.tv/mediacenter/daytime_39th_nominations.html 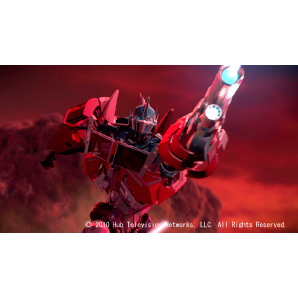 "Transformers Prime," a new animated series produced in full 3D CG, is the latest installment in the world-renowned Transformers franchise. This series, with animation produced entirely by PPI, incorporates the latest CG techniques for a lavish and show-stopping series that's full of entertainment for all ages. "Transformers Prime" debuted in November, 2010 on U.S. channel The Hub (Hasbro), and all 26 episodes of the first season have since aired to great acclaim in countries across Europe, South America, and Asia. Japanese broadcast of the series began in April of 2012 on TV Tokyo, TV Aichi and other affiliated networks. 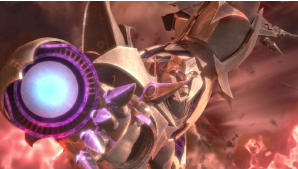