Polygon Pictures ("PPI," President and CEO: Shuzo Shiota, Head Office: Tokyo, Japan) is proud to announce that "Lumière no Mori (Forest of Light)," the 2012 holiday illumination at Caretta Shiodome, will feature a new digital video show produced by our studio.

For the past six years, the Caretta Shiodome shopping complex has continued to push the limits of imagination with its annual Christmas lights installation. Caretta is now celebrating its tenth anniversary, and the complex’s holiday display is known as one of the largest in Japan. In addition to the traditional illumination, this year's event will include a special collaboration called "Lumière no Mori." This visual extravaganza fuses original musical accompaniment with powerful video images projected onto the surrounding walls via 3D projection mapping technology.
PPI is proud to have been a part of this project from the initial stages, helping to plan the 3D projection mapping visuals, directing animation production, and providing technical support. We hope that everyone can enjoy this dazzling and dynamic show, and that it may fill you with all the joys of the Christmas season.

In keeping with our stated mission to "do what no other has done, in unparalleled quality, for all the world to see and enjoy," PPI is committed to cementing our place as a leading company in the digital content business through the continued development of groundbreaking new technologies.

About Caretta Illumination 2012, “Lumière no Mori” 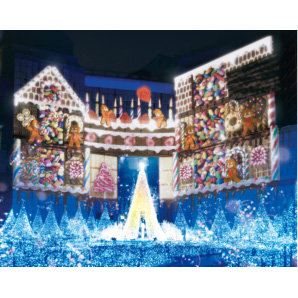 Polygon Pictures comprises one of the companies under the umbrella of amana holdings inc. (President and Representative Director: Hironobu Shindo, Head Office: Tokyo, Japan, Securities Code: TSE Mothers 2402). Our main business focus is on providing digital content creation services.
Since its founding in July 1983, PPI's mission has been to "do what no other has done, in unparalleled quality, for all the world to see and enjoy." Our production studio brings together over 300 creators from around the world, who devote their days to producing cutting-edge digital content. In addition to long-form, fully CG television series such as Transformers Prime (Daytime Emmy Award winner), Tron: Uprising, and Star Wars: The Clone Wars, PPI creates digital animation for films, video games, exhibitions, websites and smartphones. PPI also manages licensing for our studio's original character properties like the popular penguin duo Rocky & Hopper.
By fusing our unrivaled production know-how with the internationally recognized quality of Japanese animation, PPI aims to become a leading company in the content business.
For more information, visit our website at http://www.ppi.co.jp. 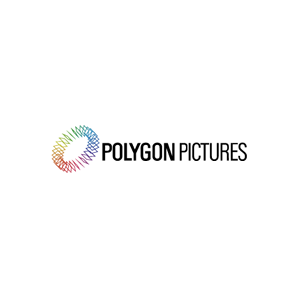