ZIGURUHAZERU, from MegaHouse, is an original series of puzzle-like robot toys that can be disassembled and put back together again in a variety of combinations. Even better, parts from different toys can be combined to create the ultimate customized robot. The first instalment debuts Hazeru Gokuu, Hazeru Sagojo, and Hazeru Hakkai. Connect pieces from all three characters to build the mega puzzle robot Hazeru Seioh. Future releases in this series will continue to introduce an ever-expanding cast of new mecha-monsters.
http://www.megahouse.co.jp/megatoy/products/ZIGURUHAZERU/ 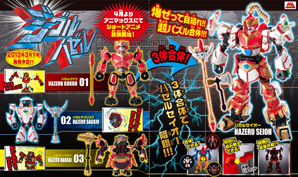 About the production staff for the ZIGURUHAZERU short animated series 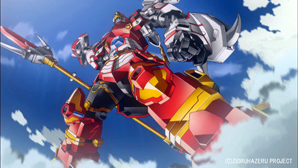