Polygon Pictures ("PPI," President and CEO: Shuzo Shiota, Head Office: Tokyo, Japan) is proud to announce the launch of the "Cool Michael” series, our new dance-oriented character property created in cooperation with Dreams Come True Co., Ltd. (President & CEO: Keita Satoh, Head Office: Tokyo, Japan) and T-ARTS Company, Ltd. (President: Takashi Konosu, Head Office: Tokyo, Japan).
The series is based on an original concept co-developed by our three companies and designed by artist Naomi Iwata. Starting April 27, a music video featuring Cool Michael will begin playing on the outdoor screens around Shibuya; at the same time, a line of limited-edition character goods will go on sale at Kiddy Land in Harajuku, Shibuya Loft, and other area stores.
We hope you look forward to the all-new adventures of Cool Michael and his friends as they battle it out to become the next Dance Master!

Cool Michael is a bear who just loves to dance. He lives in Beatnik City.
All the animals in this town love music and dancing.
Every day they face off in dance battles to see who can win the tournament and be crowned Dance Master.
Who has the skills to beat the rest and claim the title of Dance Master!?
Official site:
http://coolmichael.jp/
Official Facebook page:
http://www.facebook.com/coolmichael2013 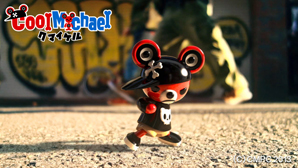 About the Cool Michael Dance Video 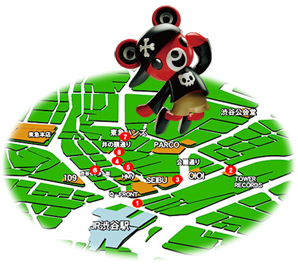 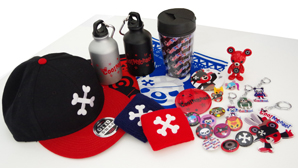 About the Character Designer, Naomi Iwata

Iwata is known for creating picture books and fairy tales, in addition to working in the TV animation industry and as an illustrator for magazines and advertisements. In 1998, she established Milky Cartoon Co., Ltd., where her work on animated TV series like Pecola and Gregory Horror Show received high acclaim. Iwata is currently affiliated with Polygon Pictures, where she is active as a character designer and concept creator for various animated properties.