Polygon Pictures ("PPI," President and CEO: Shuzo Shiota, Head Office: Tokyo, Japan) is proud to announce that we will be presenting an Animation Master Class at the upcoming Digital Content Expo 2013, sponsored by the Digital Content Association of Japan and the Ministry of Economy, Trade and Industry.

This year's lecture will be presented by Sei Nakashima, a Los Angeles-based artist who has lent his skills as Art Director to a variety of major Hollywood productions. Nakashima will present examples from past productions to illustrate the style and know-how he has gained from his years as an Art Director. The lecture will also cover the importance of an Art Director's role throughout an entire production, as well as global standards of art direction. Don't miss this chance to hear firsthand insight about trends in the international design sphere and survival skills for working in a multinational environment, from someone who has been on the front lines of the Hollywood industry.

PPI is committed to using our extensive global network to share cutting-edge know-how and technologies from around the world. 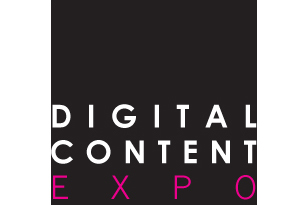 After graduating from high school, Nakashima made a solo move to the U.S. to attend art school. After graduation, he joined Dreamworks, a major American production studio, before later moving to Rhythm & Hues. In addition to acting as Chief Designer for attractions at Disney's Animal Kingdom, Nakashima has also worked as a character designer for many major U.S. TV commercials. More recently, Nakashima was VFX Art Director for the soon-to-be-released sci-fi blockbuster film The Seventh Son and Alvin and the Chipmunks, the sequel to the hugely popular television series. He has also worked on concept design/art for many major video games as well as character design for "Haruka," the protagonist of Oblivion Island: Haruka and the Magic Mirror, a film with which PPI was also involved. He currently resides in Los Angeles. 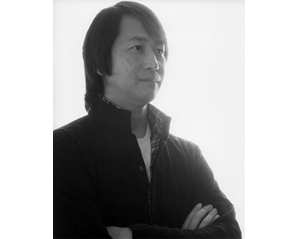 Alvin and the Chipmunks
The Mummy 3: Tomb of the Dragon Emperor
The Seventh Son (upcoming in January 2014)
Oblivion Island: Haruka and the Magic Mirror
Night at the Museum

Polygon Pictures comprises one of the companies under the umbrella of Amana Holdings Inc. (President and Representative Director: Hironobu Shindo, Head Office: Tokyo, Japan, Securities Code: TSE Mothers 2402). Our main business focus is on providing digital content creation services. This year, we celebrated the 30th anniversary of our founding.
Since its founding in July 1983, PPI's mission has been to "do what no other has done, in unparalleled quality, for all the world to see and enjoy." Our production studio brings together over 300 creators from around the world, who devote their days to producing cutting-edge digital content. In addition to long-form, fully CG television series such as Transformers Prime (39th annual Daytime Emmy Award winner), Tron: Uprising (40th annual Annie Award winner), and Star Wars: The Clone Wars (40th annual Daytime Emmy Award winner), PPI creates digital animation for films, video games, exhibitions, websites and smartphones. PPI also manages licensing for our studio's original character properties.
By fusing our unrivaled production know-how with the internationally recognized quality of Japanese animation, PPI aims to become a leading company in the content business.
For more information, visit our website at http://www.ppi.co.jp.